What’s Common About the Best Marketing Strategies of All Time? And a few of our favorites.

Vince Lombardi famously said, “winning is not a one-time thing. It’s an all-the-time thing.” The best marketing strategies of all time didn’t happen by magic, even though the output is often magical.

The most effective marketing strategy starts with a compelling brand strategy and your prospects’ creative and media preferences. Ren Jones said, “marketing is like asking someone on a date, and your branding is what gets them to say yes.”

The best marketing strategies distinguish your brand from competitors and generate awareness or demand for your business. Marketing sells your business, and branding tells your customers who and what your products and services are at their core. Marketing moves your brand to your prospective customers, and your brand is where you take a stand.

A good marketing strategy will take into account the media preferences of your prospects and even their creative inclinations. The best marketing strategies used by companies will include those elements above and identify the perceptions and beliefs you’re trying to change.

The best marketing strategies of all time have three things in common.

So here are our top three successful best marketing strategies of all time.

Okay, it might be a stretch to call them the best of all time, but they are some of the best effective marketing examples. 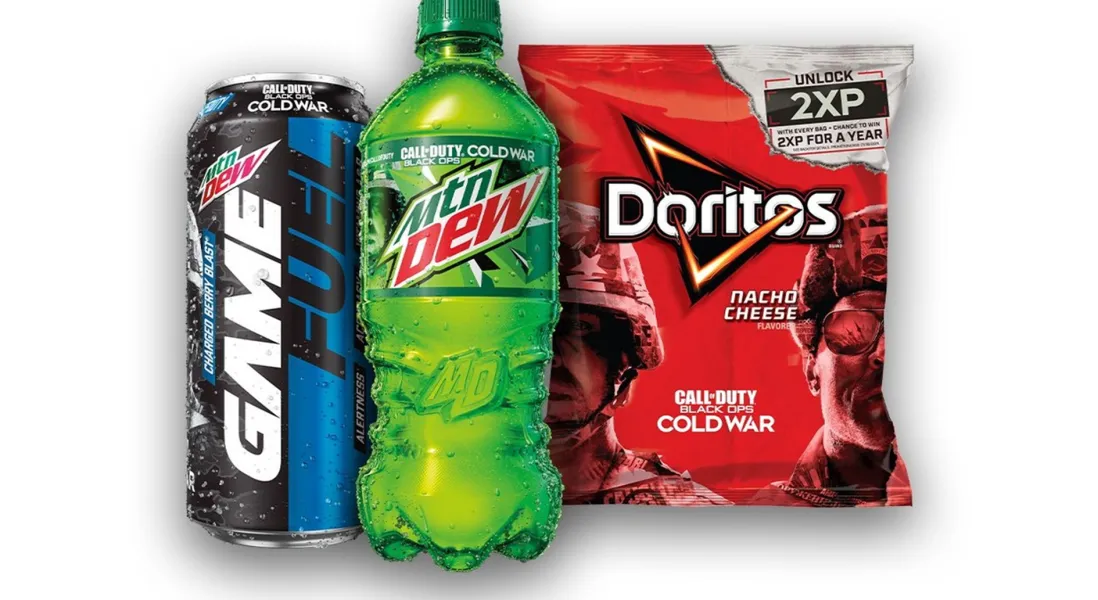 Three strong brands united in this campaign to fuel the energy needed for extreme gaming. Mountain Dew, Doritos, and Call of Duty focused their marketing efforts to appeal to the heart of their passionate fans.

Doritos used its packaging and a new flavor, Doritos Twisted Lime, to connect with Call of Duty fans and helped announce the launch of Call of Duty Black Ops. In addition, every bagged purchase provided Black Ops fans with experience points to help them level up in the game.

Since then, the brands have continued the collaboration, boosting sales and driving loyalty. For example, Xtalks.com noted that Call of Duty: Warzone, released on March 10, 2020, had six million players on its first day of release. However, it grew to over 75 million players by the end of the first five months.

The substantial number of players represents a sizable audience for two brands that emphasize the extreme—another excellent example of a marketing strategy precisely delivered to an audience that likes to get jacked.

The business was sold to Unilever in 2016 for $1 Billion. Before it sold, the company created a series of videos that went viral, starring the company CEO, Michael Dubin. The first of the videos went viral in 2012. Dubin explains that he was looking for a fun, resonant way to connect with men who might buy his products.

The brand took a stand against the big boys of shaving, including Shick and Gillet. It offered a superior shave for a fraction of the cost. At the time, it was original, creative, and cool. The brand resonated with a younger male audience looking for a better shave and open to a subscription model and ordering services online. YouTube was chosen as the medium of choice, and the campaign was launched right around South by Southwest, which attracts a younger audience looking for the latest and greatest in technology, art, and more.

If you were to take the Dollar Shave brand away, you would get what you’ve always received. An inferior shave with expensive technology. Smart young guys deserved a better shave and would make the better choice. But, of course, the fact that Dubin took an improv class at Upright Citizens Brigade didn’t hurt either.

His irreverent and humorous delivery seized the day and resonated with audiences around the world. Since its launch, the video has received more than 27 million views.

Today Dove may alienate another following through its #ShowUs campaign, a crowdsource-driven partnership with Getty Images and Girlgaze to create the world’s most extensive photo library of non-binary individuals and women, according to PR Week.

Anyone raising daughters in today’s culture or even being a woman in today’s culture knows how tough it can be to have a positive image. Yet, women and men are co-equals in this world and can achieve most of their aspirations with hard work and effort.

When the brand campaign was initially launched, it was hailed as a breakthrough for a woman’s image, helping each woman embrace her body type and break through the stereotypical models standard in beauty product promotional advertising. It helped us see the real beauty of the women we call mom, sister, daughter, wife, or girl-friend.

It clearly distinguished the Dove product brand for women apart from competitors. The brand took a stand, and it took some criticism. The campaign created by Edleman and Unilever was multifaceted and used several impression points, including a research study about body image. It helped increase sales from 2.4 billion to 4.5 billion in ten years, further evidence that a clear brand strategy is vital to an overall marketing strategy. While on its surface, the campaign seems to be one of those unique marketing strategies examples, it has also faced some criticism in its most recent campaign iterations.

In 2017 the real beauty campaign showed a spot that started with a black woman then transitioned to a white woman and then to an Asian woman. The ad showed the women transitioning using white soap, and some prospective customers claimed the ad was racist. Perhaps the brand could have been a bit more sensitive to the culture and doing more to show equality rather than going down the slippery slope.

Rather than embracing consumer concerns, Dove said it didn’t do anything wrong.  Taking a stand as a brand is essential. Today we’ve lost the ability to disagree on different issues. Although the ad’s intent may not have been racist, people interpreted it that way, and the brand stood for real beauty and stood behind the ads.

The brand took its eye off its primary audience, women, and positioned itself to chase the almighty dollar. But, on the other hand, the brand took a stand for young girls with its reverse-selfie campaign. As a father of two daughters, I hope the brand helps girls be girls and women celebrate being women. Our god-given gender does matter.

Great brands aren’t going to make everyone happy. However, these few successful marketing strategies examples provide evidence that there are common elements that drive growth. They also show us great 4Ps of marketing examples. How?

And there’s another reason why these are some of the best marketing strategies of all time.